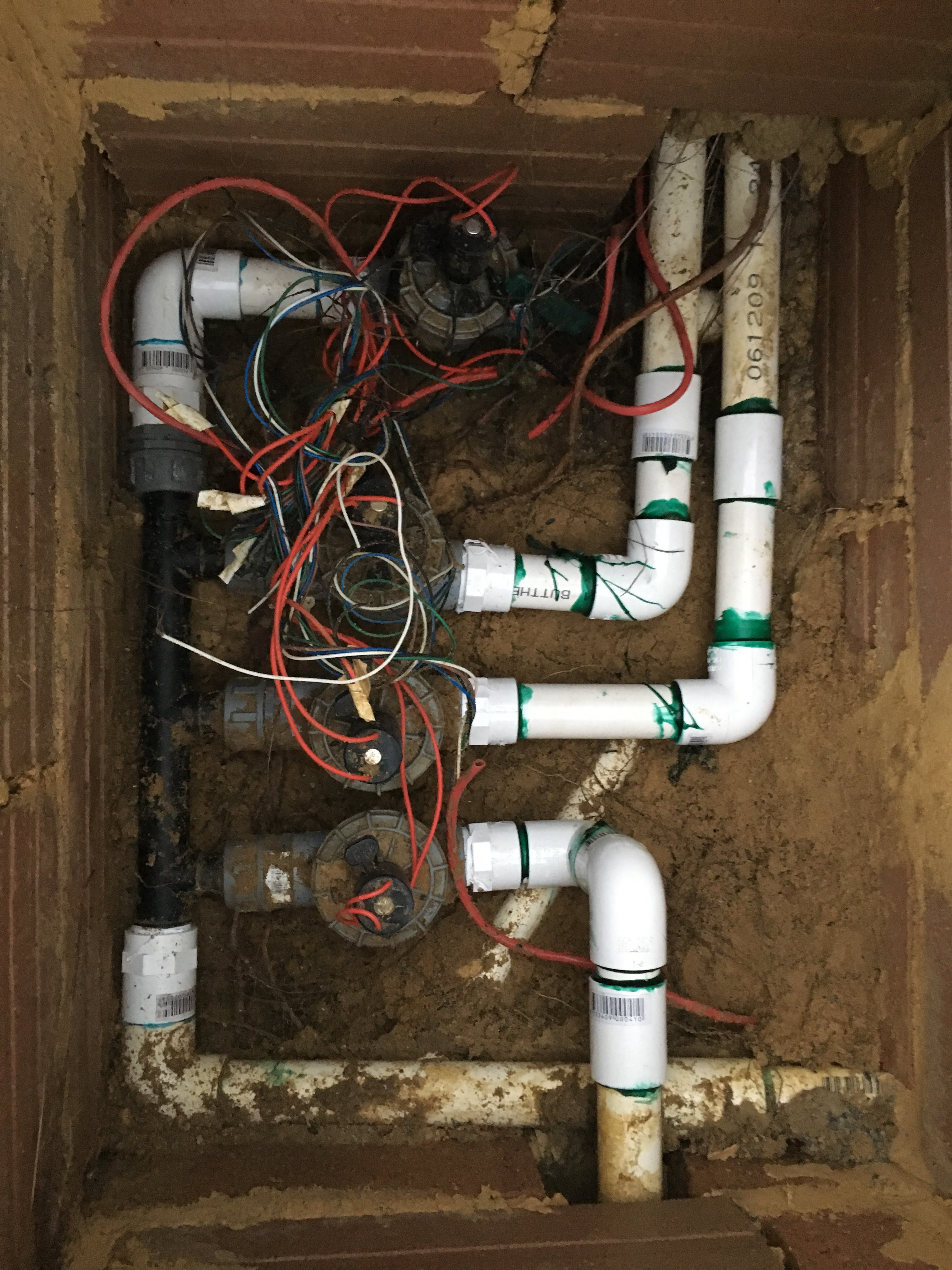 I was called out to investigate a reticulation water leak for a leak allowance reimbursement for this property, as the owner received a whopping water bill that was in the thousands.

There was a crack in the connection between the master solenoid and the isolation valve so water was continually flowing 24/7. This kind of problem I have found to be the most common leaks in properties without an additional check (non-return) valve.

I have worked in some really tight spaces changing out solenoids before but I had to take a picture of this one… Even-though the original installer had used a manifold which should be easier to get the solenoids in and out. In this instance the master had to be screwed back into the isolation valve, it was a bit of a challenge as there was a brick wall in the way and about half a metre down.

In the end we resolved all the issues after a few miner changes and were able to put a claim in to water corp for a reimbursement.

Here is another solenoid repair job that I cam across recently where the solenoid had failed in a tight space. For this one there was just enough room to get our multi grips around the solenoid to unscrew the jar top lid.  All in a days work for a Retic Guy. 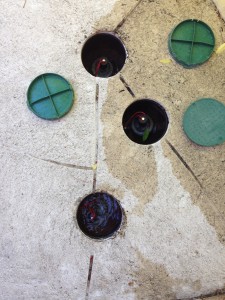 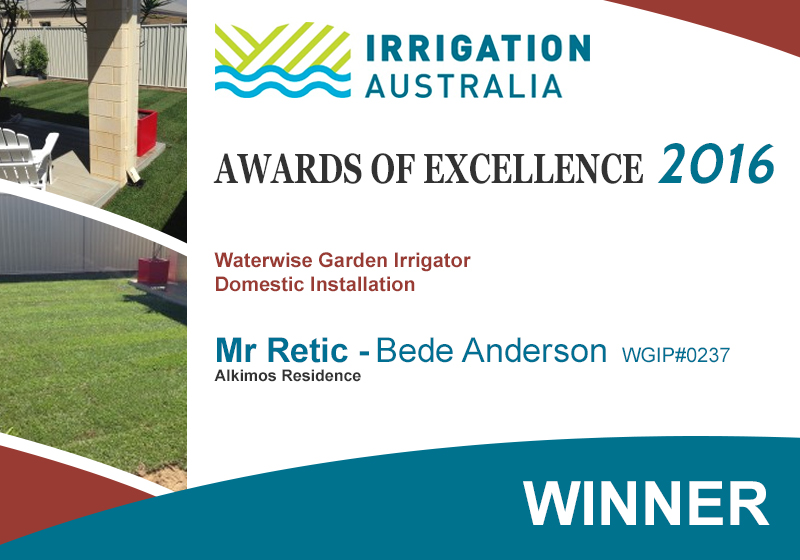